The Oneida County Overdose Response Team is alerting the public to a continued uptick in overdoses tracked in its Overdose Detection & Mapping Application Program, which included 11 probable fatalities in the month of August.

The Overdose Response Team (ORT) issued a spike alert on Aug. 26, which featured four overdoses in a 24-hour period, one of which was fatal. At that point, five overdose deaths were reported to have occurred last month. A recent medical examiner’s report now shows that there were 11 probable overdose deaths in August. Overdose data is preliminary until cause of death confirmed by Medical Examiner’s Office.

Toxicology reports confirming the substances involved in the overdose deaths are still pending, however, the ORT suspects that it is the ongoing issue with fentanyl in the drug supply. There also continues to be reports of fentanyl powders and pills that come in a variety of bright colors, which is likely driving up recent overdoses and overdose deaths in the county.

The majority of the deaths occurred in Utica and Rome, with others occurring in Marcy and Kirkland.

“As we head into the Labor Day holiday weekend, and we are experiencing these increased overdoses and deaths, we are imploring people who use drugs and their loved ones to be on high alert,” Oneida County Executive Anthony J. Picente Jr. said. “Do not trust a drug dealer with your life. It is not worth the risk.”

The ORT is also calling attention to a national trend identified by the National Institutes of Health, which has detected an increase in opioid overdose deaths among Black Americans (https://www.nih.gov/news-events/nih-research-matters/opioid-overdose-deaths-rise-among-black-americans).

In Oneida County, five of the 11 probable overdose deaths in August were black and year-to-date, 11 of the 59 overdose fatalities have been black. 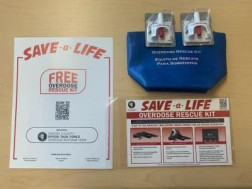 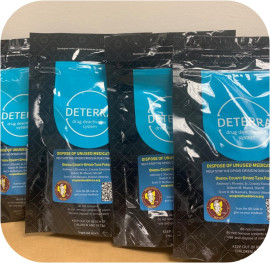